Use one of the services below to sign in to PBS:

You've just tried to add this video to My List. But first, we need you to sign in to PBS using one of the services below.

You've just tried to add this show to My List. But first, we need you to sign in to PBS using one of the services below.

Get extended access to 1600+ episodes, binge watch your favorite shows, and stream anytime - online or in the PBS app.

You may have an unactivated CET Passport member benefit. Check to see. 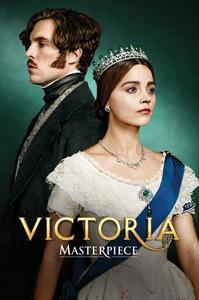 In 1837, a diminutive, neglected teenager is crowned Queen Victoria, navigates the scandal, corruption, and political intrigues of the Court, and soon rises to become the most powerful woman in the world. Victoria stars Jenna Coleman (Doctor Who) as Queen Victoria in a highly anticipated series that follows the drama of the candid, spirited monarch.

Funding for MASTERPIECE is provided by Viking and Raymond James with additional support from public television viewers and contributors to The MASTERPIECE Trust, created to help ensure the series’ future.

Is there a Season 4 and other FAQs

One of the most popular drama series in TV history -- Bringing you the best in classic adaptations, mysteries filled with eclectic characters, and provocative contemporary works.

How Well Do You Know Queen Victoria?

Are you the King or Queen of Trivia? Put your Victoria knowledge to the test, and see how well you know the famous “mother of the nation” with our quiz.